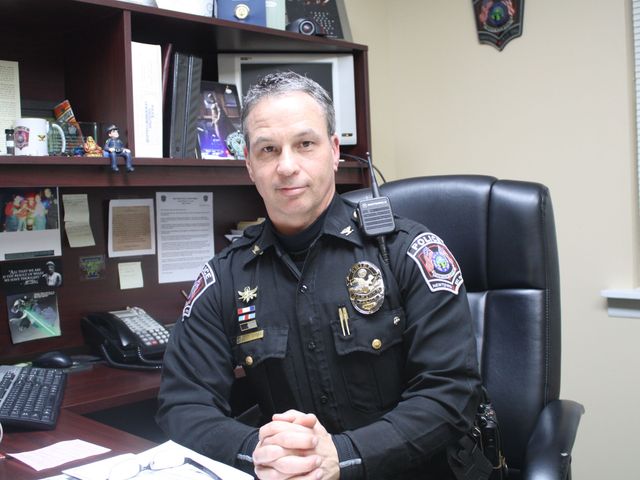 Chief: Why care about another dead addict?

I don’t know why I feel compelled to write this; after all he was just a another drug addict. Maybe it’s because when I was notified last week that he was found dead next to a needle I realized that I had watched an entire family – an entire generation – die from drugs.

Maybe I am writing this because I remember the first time our paths crossed on a domestic violence call involving his mother and her boyfriend – one of the many calls fueled by drugs, alcohol and violence. Maybe it’s because I remember him for more than a drug addict but as simply just a kid – barely a teenager – who on the first call had fear and confusion in his eyes, not sure what to make of the chaotic, drug-addicted adults and empty environment around him.

As the first call became many, I watched the eyes of this kid, the same as any other kid, turn from fear to numbness, no longer visually expressing his fear but only sensing it being suppressed into his soul, the same as his mother and his brothers. All empty, never knowing compassion, confidence or love for, from, to himself or another.

You may know or hear of those like him. We will say “he deserved what he got,” “he made his choices,” “he could have changed,” or “one less strain on the system now.” All are hard to deny or rebuke, but I still return to that kid. The same kid who lied, stole, fought, damaged and vandalized. The same kid who literally never did a good or right thing in his life. I go back to that kid and when I first looked into his eyes and knew what his destiny would be long before he would ever pick up a needle.

In my 21 years as a police officer, in half of my lifetime, I witnessed his mother die of a drug overdose, his brother shot and killed buying crack cocaine, and his oldest brother die just a couple months ago from an heroin overdose. Just one week out of prison, the last of his generation, he is now also dead of a heroin overdose.

I am saddened that despite all of our efforts – actually grace given to him and his family that they did not deserve – they are all gone. I am saddened that the children they left behind, the next of a generation, some of whom at age 12 are on their way to carrying on the family legacy, already have the look of numbness in their eyes. My hope is that some of the other kids may break the tragic tradition. Kids just like he once was – kids who play in the front yard, ride bikes and see friends at school. Simply kids who by no choice of their own are brought into a world where drugs are the only way to escape the pain that no child should ever know.

His behavior and actions should not be condoned. He hurt, annoyed and menaced many people. He is not a hero, an idol nor a martyr. I know that this generational loss will not change the world, will not stop the hurt of those who suffer with or have family on drugs. I do not mourn his death, since that was long ago inevitable.

I guess I am writing this so that there may be one positive outcome to the last of a generation, the end to his and an entire family’s story, the only thing someone could give to him: empathy. Despite all he had done in the 21 years I dealt with him, I never forgot that kid. I never forgot that at one time he was a kid just like any other. The empathy I gave him as a kid and the empathy I give him now is not for the loss of a drug addict but for the loss of a kid.